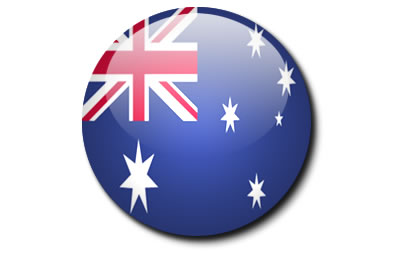 Australia, playing with 10 men for most of the game, kept their World Cup hopes alive as they held off Ghana for a 1-1 draw in a Group D match at Royal Bafokeng Stadium on Saturday.

Ghana top the group with four points and one game to play, but it remains wide open with Germany and Serbia on three points each.

Australia are bottom with one point and will need a convincing victory over Serbia next week if they are to have any chance of qualifying for the second round of the tournament.

The Australians struck early when striker Marco Bresciano took the first real shot of the game with a free kick in the 11th minute which sailed over the wall and was kept out by Ghana goalkeeper Richard Kingson, who spilled the ball.

Brett Holman latched onto the rebound and fired one in to put Australia ahead. Ghana fought back, however, camping in Australia's half, and were rewarded in the 25th minute.

Asamoah Gyan thundered a close range shot over the bar, and defender Jonathan Mensah latched on to the ball from the resultant corner, but his effort was kept out by Australia striker Harry Kewell, with the ball deflecting off the inside of his arm.

Kewell was sent off with a straight red card for handling the ball in the area, and Gyan took a well-placed penalty kick which sent Australian keeper Mark Schwarzer the wrong way and found the bottom right corner of the net for the equaliser.

That goal seemed to fire up the Ghanaians even more as they continued to push forward. Striker Kevin Boateng came closest to scoring in the dying minutes of the first half.

His close range shot kept low but was well saved by Schwarzer, who dived right to parry the ball away in the 43rd minute, leaving matters all square at the break.

The early stages of the second half saw much of the same, with Australia's defenders made to work hard with Schwarzer to hold off the relentless Ghanaian attack who wasted plenty of chances created by their midfielders.

Substitute Scott Chipperfield, however, came close to regaining the lead for Australia when he sent a diving header over the bar in the 67th minute, and his effort seemed to wake the Socceroos from their slumber.

Five minutes later, Australia wasted another two opportunities when Kingson kept out a shot from Luke Wilkshire and another from Joshua Kennedy off the rebound.

Ghana had their best chance of the second period in injury time when Owusu Abeyie fired in a shot that rose quickly, but Schwarzer did well to tip it over the bar.

And while the Ghanaians lost much of their control in the last 20 minutes, and will rue plenty of wasted opportunities, they will nonetheless be satisfied with a single point which places them in the driving seat in their group.